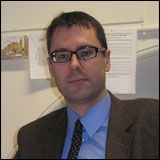 Dr. Rafnsson has authored a number of original publications in international, peer-reviewed, scientific journals related to migration, ethnicity and health, vitamin B12 deficiency and chronic diseases, and health and well-being of older people. For example, he has participated in primary studies investigating (i) the frequency and aetiology of cardiovascular diseases in migrant and minority ethnic populations in Europe, (ii) the influence of cardiovascular diseases on cognitive function in older people, (iii) the impact of nutritional, inflammatory and haemostatic factors on age-related cognitive decline, (iv) the role of vitamin B12 deficiency in the occurrence of diabetes and cardiovascular diseases in adults, (v) the use of nutritional supplements among older persons, and (vi) social connections and well-being in older adults. In addition, Dr. Rafnsson has written, or contributed to, review articles and book chapters on topics including the influence of cardiovascular diseases on age-related cognitive decline, the population burden of sepsis and septicaemia, and the susceptibility of South Asians to diabetes and coronary heart disease.