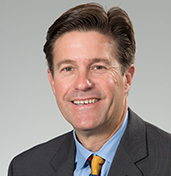 Dr. Lavie graduated from Louisiana State University Medical School in 1983 and completed internal medicine residency at Ochsner  and fellowship in cardiovascular diseases at  Mayo, where he joined the faculty in 1989. Dr. Lavie is  Professor of Medicine and Medical Director, Cardiac Rehabilitation and Preventive Cardiology; Director, Exercise Testing Laboratory; and Staff Cardiologist, Echocardiographic Laboratory at the John Ochsner Heart and Vascular Institute in New Orleans, Ochsner Clinical School-The University of Queensland School of Medicine and he  previously served for 10 years as Associate Director of the Internal Medicine Training program. He  served as a Consultant in the Department of Preventive Medicine at the Pennington Biomedical Research Center in Baton Rouge, Louisiana from January 2012-October 2014. Dr. Lavie’s research interests include cardiac rehabilitation and prevention, lipids, hypertension, obesity, and exercise, as well as noninvasive testing, encompassing echocardiography, exercise testing, and nuclear cardiology.  He is the author of nearly 1000 medical publications including two cardiology textbooks, and over  50 book chapters.  Dr. Lavie serves as a frequent lecturer, reviewer for several medical journals, and is Associate Editor and Cardiovascular Section Editor of the Mayo Clinic Proceedings and is Editor in Chief of Progress in Cardiovascular Diseases and serves on the Editorial Boards of the Journal of the American College of Cardiology, American Journal of Cardiology, Journal of Cardiopulmonary Rehabilitation Prevention,  and over 20 other Journals. For 2011 till now, he has served as Chairman of the Document Oversights Committee for AACVPR. For the years 2003 and 2004 he served as Chairman of Vascular, Hypertension and Prevention for the American College of Cardiology and he has been an elite reviewer for JACC for 7 of the last 8 years, also receiving the Simon Dack Award as a life-time, hall of fame, reviewer. In 2013, he gave Key-Note lectures for both the American College of Sports Medicine and the Cardiac Rehabilitation one for the AACVPR, where he received the 2013 Research Award. From a personal stand-point, he is an avid sports fan and competitive runner, with personal records in the 5K, 10K, Half-Marathon and Marathon of 18:30,38:30,1:24:30, and 3:10, respectively. He is the author of “The Obesity Paradox,” released April, 2014.