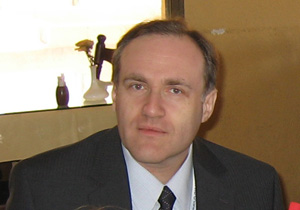 Leo Sher, M.D., is an internationally recognized physician and scientist and a person of outstanding honesty and integrity.

Dr. Sher is a psychiatrist with a background in internal medicine. His areas of expertise include the diagnosis, treatment, neurobiology, and neuropsychopharmacology of mood disorders and suicidal behavior.

Dr. Sher is involved in many scholarly activities. He has excellent leadership skills and frequently develops new ideas and initiatives.

Dr. Sher has published 17 edited books: “Adolescence and Alcohol: An International Perspective” (2006), “Alcohol and Suicide: Research and Clinical Perspectives” (2007), “Research on the Neurobiology of Alcohol Use Disorders” (2008), “Psychological Factors and Cardiovascular Disorders: The Role of Psychiatric Pathology and Maladaptive Personality Features” (2008), “Psychological Factors and Cardiovascular Disorders: The Role of Stress and Psychosocial Influences” (2009), “Comorbidity of Depression and Alcohol Use Disorders” (2009), “Internet and Suicide” (2009), “Alcohol-Related Cognitive Disorders: Research and Clinical Perspectives” (2009), “War and Suicide” (2009), “Suicide in the Military” (2009), “Terror and Suicide” (2009), “Suicidal Behavior in Alcohol and Drug Abuse and Dependence” (2010), “Neurobiology of Post-Traumatic Stress Disorder” (2010), “Immigration and Mental Health: Stress, Psychiatric Disorders and Suicidal Behavior Among Immigrants and Refugees” (2010), “Adolescent Psychiatry: A Contemporary Perspective for Health Professionals” (2013), “Neurobiology of Men’s Mental Health” (2015), and “Forensic Psychiatry: A Public Health Perspective” (2015).

Dr. Sher is an Editorial Board Member of 9 scientific journals. He is a reviewer for numerous medical journals.

Dr. Sher gave Grand Rounds and other educational lectures in many universities, medical schools and hospitals in the U.S. and around the world. He also gave many talks at national and international scientific conferences, including several landmark presentations.

Dr. Sher has conducted extensive and groundbreaking research on the psychobiology and treatment of psychiatric disorders and suicidal behavior. He was the first researcher in North America who introduced the use of the combined dexamethasone suppression/corticotropin-releasing hormone stimulation test for psychiatric purposes. Dr. Sher has proposed the concept of posttraumatic mood disorder that was met with significant interest by experts in the field. He has also proposed a model of suicidal behavior in traumatized war veterans.

Dr. Sher is the recipient of several awards including the Charlotte Marker Zitrin, M.D. Award from the Long Island Jewish Medical Center for the Best Scientific Paper (1997) and the International Award for Excellence in Published Clinical Research in The Journal of Clinical Endocrinology and Metabolism (2004). Dr. Sher is also the recipient of two grants from the American Foundation for Suicide Prevention and a grant from the Lightfighter Trust Foundation.

Dr. Sher did his Residency in Psychiatry at the Albert Einstein College of Medicine Program at Long Island Jewish Medical Center in New York and the National Institute of Mental Health Program in Bethesda, Maryland. He completed a Research Fellowship at the National Institute of Mental Health in Bethesda, Maryland. Dr. Sher is a Diplomate of the American Board of Psychiatry and Neurology.

Dr. Sher has experience as a forensic psychiatric expert and consultant. He worked on health care, immigration, and criminal cases.

In his leisure time, Dr. Sher has many interests. He enjoys traveling and is interested in politics, history, geography, and sociology.