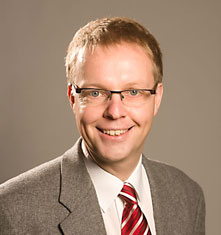 Dr. Philipp Kuwert is a senior physician at the Department of Psychiatry, Ernst-Moritz-Arndt-University Greifswald, Germany. He is specialized in psychological trauma research, particularly in the effects of collective mass trauma such as war on the individual and societies. His main interests are the epidemiological effects of different aspects of war trauma, e.g. displacement, wartime rape and as one of his core interests, (former) war children. He likes to cooperate with national and international colleagues on it and is particularly interested in building cooperation bridges with colleagues of post-conflict societies such as Croatia and with international colleagues at the interface to humanities. Together with Dr. Christine Knaevelsrud (Berlin centre of torture victims, Free University Berlin) he developed an internet-based therapy for elderly war trauma survivors. A new multi-centred, interdisciplinary research project is devoted to the “children born of war” and their identity problems. In 2009, he was honoured by the German Society of Psychotraumatology with the Falk-von-Reichenbach-Award for outstanding research activities in trauma research. Dr. Kuwert has won the Aspirin Social Award for the most innovative social project of the year 2012. He is a board member of the Journal “Trauma und Gewalt” (Trauma and Violence) and is reviewer of several journals and scientific societies such as the British Medical Journal, the Journal of Traumatic Stress and the International Society of Traumatic Stress Studies and others. Dr. Kuwert has recently been invited to give lectures at Harvard Law School and at the National Center for PTSD at the Boston Veterans’ Administration Medical Center in Boston, USA, and at the Peace Research Institute in Oslo, Norway. He is listed in the “Who is Who in the World” and “Who is Who in Medicine”. He is in training as psychoanalyst and Balint group leader. In his leisure time, his main interests are reading novels (e.g. Georges Simenon, Siri Hustvedt, Lars Gustaffsson), modern poetry, baroque music (particularly operas) and cooking in all aspects.