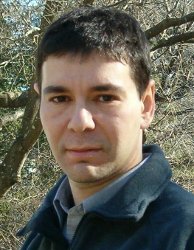 Jacob M. Appel, M.D., J.D., M.Phil., M.F.A., is a bioethicist based at the Mount Sinai Hospital in New York City. He contributes frequently to such academic publications as The Hastings Center Report, The Journal of Medical Ethics, The Journal of Clinical Ethics, The Cambridge Quarterly of Healthcare Ethics and The Bulletin of the History of Medicine. His commentary on issues related to the interstices of law, medicine and morality has also been featured in The New York Times, New York Daily News, San Fransisco Chronicle, Chicago Tribune, Detroit Free Press, The Providence Journal and many regional newspapers. He also writes regular bioethics columns for The Huffington Post and Opposing Views. Jacob has recently held teaching appointments at Columbia University, New York University, Pace University and Brown University, where he was named Teacher of the Year by the undergraduate student body in 2003. Jacob is a graduate of Brown University, Harvard Law School and Columbia University’s College of Physicians and Surgeons. He is also the author of one hundred fifty published short stories and his fiction has been short-listed for the O. Henry Award, the Pushcart Prize and The Best American Short Stories on numerous occasions.