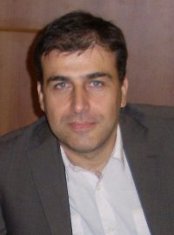 Dr. Hristo Kozhuharov was born in 1966 in Varna, Bulgaria. He completed his secondary education in a German foreign language school in 1985, and received his M.D. degree from the Medical University of Varna in 1993. In 1997, he completed his training in Psychiatry. During the period July 1997 – November 1998, he specialized in psychotherapy and general psychiatry in the Psychiatry Hospital in Listal, Switzerland.

Since 1999, Dr. Kozhuharov has been working as a psychiatrist at the Department for Substance Dependencies, Clinic of Psychiatry, Varna. In 2000, he completed a Heath Management course at the Medical University in Varna. Since 2003, he has been working as assistant professor in “Psychopathology” and “Addictions management” departments at the Varna Free University. In 2003-2005, he worked as a consulting psychiatrist at the Regional Health Care Foundation in Varna. In 2008, he was certified to conduct substituting and sustaining therapies in patients with substance dependencies at the National Center for Dependencies in Sofia. In 2010, he received his Ph. D. degree from the High Attestation Committee (HAC) in Sofia. The topic of his Ph.D. work was, “Heroin dependence. Study of efficacy of the hospital treatment and subsequent dynamic of the disorder.”

Since 2010, he has been teaching psychiatry to general practitioners at the Medical University in Varna. Since 2000, Dr. Kozhuharov is Chairman of the Regional organization of the Bulgarian Psychiatry Association. He speaks German, English and Russian Languages.

Dr Kozhuharov has scientific interests in the fields of dependencies, psychotherapy and general psychiatry.