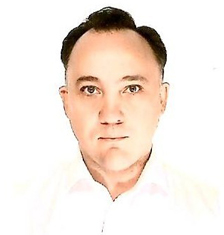 Eduardo Jesús Aguilar García-Iturrospe, M.D., Ph.D., was born in 1965 in Sagunto (Valencia, Spain). He graduated from high school in Clarkston, WA (USA), and from Medical School in Valencia (Spain). He completed his residency in Psychiatry at Hospital Virgen de la Arrixaca, Murcia (Spain) including an elective in Pittsburgh where he met two outstanding researchers that greatly influenced him (Drs. Matcheri Keshavan and Nina Schooler).

For many years, he has combined his activities as a clinician in several hospitals and outpatient clinics with his research interests. Today, he is the coordinator of the Psychiatry Unit in Hospital de Sagunto.

As a researcher, he is integrated in the CIBERSAM, a Spanish research network. He belongs to a research group led by Julio Sanjuan in Valencia University. This group is devoted to the study of auditory hallucinations and emotion processing in psychotic patients from a multidisciplinary (phenomenological, neuroimaging and genetic) approach. Dr. Aguilar is particularly interested in suicide and emotion in psychotic patients. He has written several book chapters and scientific papers on these issues.

His clinical interests rely on intensive home treatment and he has been one of the promoters of this type of treatment for acutely ill psychiatric patients in Spain. He sees Psychiatry as a branch of Medicine with a particularly high potential for integrating knowledge from other backgrounds, scientific or not.

He loves opera and meeting people. Travels usually give him the possibility of getting both. He is, more than anything, a family man with a strong belief in human beings.