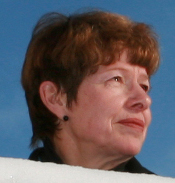 The project is a long-term (25-27 yrs) longitudinal follow-up of 420 women alcoholics treated early in their addiction career at Karolinska Hospital, Sweden. The treatment program was specifically adapted to meet the needs of women not previously treated for alcohol addiction, and was called the EWA programme (Early treatment of Women with Alcohol Addiction). The sample includes a RCT with a 25 year’s register data follow-up, which makes this material unique in a world perspective. The first study focuses on mortality differences between EWA women and matched women of the general population (MWGP). The second study is about differences in mortality between EWA and TAU women. The third study is focusing the relationship between changes in depression, alcohol use and dysfunctional attitudes over time, by use of Latent Growth Curve Models (LGCM). A fourth study focuses on methodological problems related to mortality studies.· Later publications will focus on use of health services, sick-leave, invalid pension and more between the three groups (EWA versus TAU, and the total sample (N=420) versus matched women of the general population)

The study is a long term follow-up (up to 10 years) of a group of students at the medical school in Bergen. It is a prospective controlled study of two types of intervention:· self-development groups and discussion groups, as compared to no intervention (the control group). A full class of students (n = 129) participated in group sessions during their third year of medical school in Bergen, Norway. Another class (n = 152) acted as control group. Two types of group sessions were offered. One option was self-development groups led by trained group psychotherapists. Alternatively, students could choose discussion groups that focused on themes of special relevance to doctors, led by experienced general practitioners. The intervention comprised of 12 weekly group sessions each lasting 90 minutes. Data were gathered before the intervention (T1), and three months post intervention (T2). Distress was measured using the Perceived Medical School Stress (PMSS) and Symptom Check List-5 (SCL-5) assessments. Participation in the self-development groups was a significant and independent predictor of a reduction in perceived medical school stress at the first follow-up endpoint (T2). Long term follow-up at the end of medical school, after the end of mandatory service following graduation, as well as 5 years following graduation from medical school will be published.