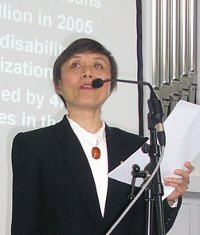 Amy L. Ai, PhD is Professor of the University of Pittsburgh. Previously, she was tenured at the University of Washington (UW, Seattle) Health Sciences and also an affiliate researcher of the University of Michigan (UM, Ann Arbor) Health System. Dr. Ai has been the senior author of many peer-reviewed articles, book chapters, and other writings and is serving on the editorial board of several journals. She has served as the grant reviewer for national, international, and foundational agencies and as the reviewer for over 50 domestic and international journals in psychology, medicine, gerontology, and beyond.

Dr. Ai has been the principal investigator for seven research projects, funded by National Institute of Health agencies (NIA, NCCAM, and NIMH) and Foundations. Dr. Ai has received many honors or awards, including the APA Fellow (2007), the AGE-SW Leadership and Faculty Achievement Awards (2007, 2002), the GAS Fellow (2004), and the Hartford Geriatric Faculty Scholarship (2002). In 2006, she was awarded the Fulbright Senior Specialist Grant by the J. William Fulbright Foreign Scholarship Board, the Bureau of Education and Cultural Affairs of the Department of State, and the Council for International Exchange of Scholars, supporting her consultation with researchers in universities and cardiac centers in Germany.

Dr. Ai was the Gubernatorial appointee on the Board of Washington State Council on Aging (2006-2008). In 2005, Dr. Ai was selected as a delegate, a representative of academic settings, to the 2005 White House Conference on Aging. In 2000, she was nominated by President Clinton to be a member of the White House Commission on Complementary and Alternative Medicine Policy (declined due to career transition). Her dissertation won the Distinguished Dissertation Award of the UM Graduate School (5 out of 600+ PhDs in 2006).