Annual Meeting of the Society of Biological Psychiatry

The 67th Annual Scientific Meeting of the Society of Biological Psychiatry (SOBP) was held on May 3-5, 2012 in Philadelphia. The announced theme of the meeting was “Systems Neurosciences: Applications to Psychiatric Illnesses.” 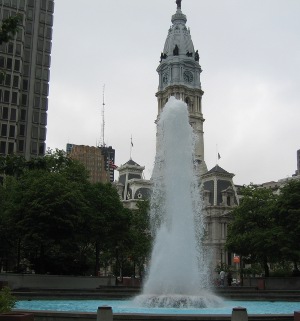 The role of gene-environmental interactions in the pathophysiology of psychiatric disorders, identification of novel genes and phenotypes, diagnostic and treatment issues, neurostimulation treatments in psychiatric disorders, neurobiology of traumatic brain injury, the role of the brain-derived neurotrophic factor and polyunsaturated fatty acids in the neurobiology of mental illnesses, and many other topics were discussed at the meeting. My presentation was entitled, “Testosterone levels in bipolar suicide attempters” (Sher L, Grunebaum MF, Sullivan GM, Burke AK, Cooper TB, Mann JJ, Oquendo MA. Testosterone levels in bipolar suicide attempters. In: 67th Annual Convention of the Society of Biological Psychiatry, Philadelphia, PA, May 3-5, 2012. Biological Psychiatry, 2012, Vol. 71, No. 8, Suppl., p. S294). 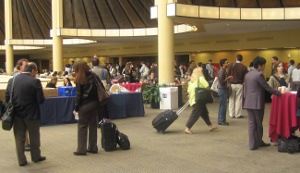 Most meeting participants were from the United States. There were participants from other countries, including Canada, Israel, Germany, Great Britain, and Poland.

The SOBP website states that “The Society of Biological Psychiatry was founded in 1945 to encourage the study of the biological causes of and treatments for psychiatric disorders. Its continuing purpose is to promote excellence in scientific research and education in fields that investigate the nature, causes, mechanisms, and treatments of disorders of thought, emotion, or behavior.”

The photos were taken by the author of this report.

‹ Combat-Exposed War Veterans at Risk for Suicide Show Hyperactivation of Prefrontal Cortex and Anterior Cingulate During Error Processing › Would You Recognize A Frontotemporal Dementia?