Gaps: A concurrence of depression and Alzheimer’s disease (AD) is evidenced, but their association is incompletely understood and probably complex. Late life depression (LLD) in AD is currently under-detected and undertreated.
Problems: Patients with LLD are much more likely to develop AD and have more disability and mortality. The elderly veterans are vulnerable to develop these two illnesses. On the other hand, the complex of their relationship made the assessment and treatment becomes challenging.
Outcomes: Effectively assessing and treating LLD will not only treat patients’ depressed mood, but also help slow down AD progression, maximize the function of patients, and reduce their disability, mortality, and huge cost.
Purpose: Increase nurses’ awareness to advocate for nonpharmacology treatment of LLD, improve nurses’ knowledge and assessment skills to successfully detect and treat LLD in AD.

The participant will be able to:

LLD – the most common mental illness in elderly

There is no one test to determine if someone has AD/dementia. 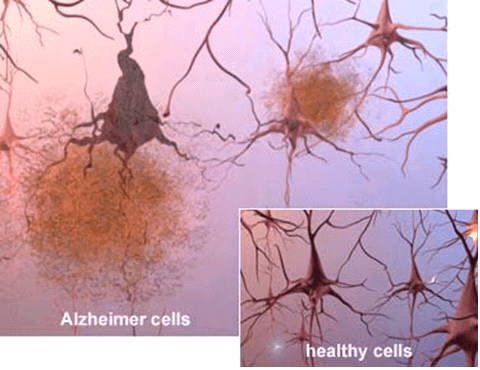 Scientists can also see the terrible effects of Alzheimer’s disease when they look at brain tissue under the microscope: 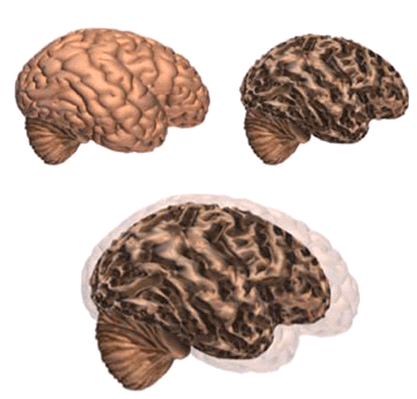 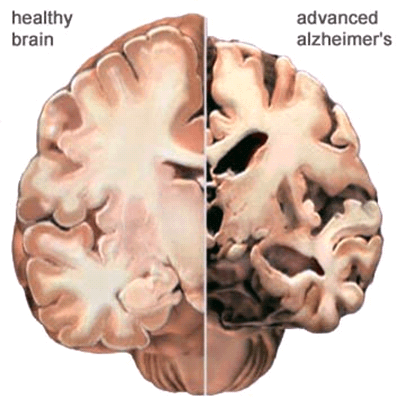 Alzheimer’s disease leads to nerve cell death and tissue loss throughout the brain. Over time, the brain shrinks dramatically, affecting nearly all its functions.

In the Alzheimer’s brain:

Progression through the brain 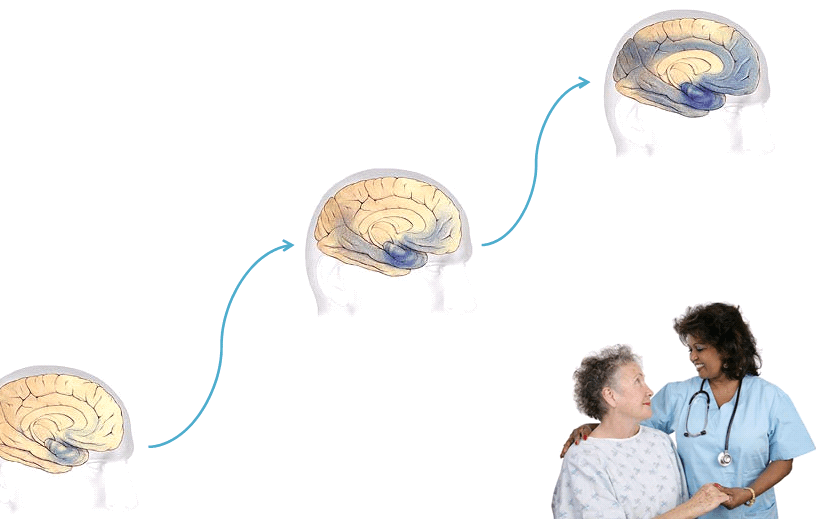 The rate of progression varies greatly.

Depression in patients with AD

Etiology hypothesis of their association

Assessment of their relationship

Kerr, M. (2012). Learn about how depression affects the elderly, including symptoms, statistics, treatments, and more. Healthline. Retrieved from http://www.healthline.com/health/depression/elderly-and-aging

United States Department of Veterans Affairs (VA). (2011). One in ten veterans is depressed. Retrieved from http://www.va.gov/health/NewsFeatures/20110624a.asp